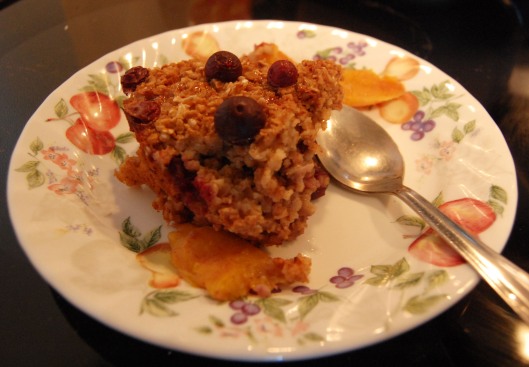 Tanmoy wanted a new TV. Admittedly, the old one was a big fat antiquated piece, but as far as I was concerned, it worked and I put up considerable resistance to replacing it. After all, what chance does a girl stand against a 47″ LED HDTV when it comes to catching anyone’s attention? But Tanmoy wasn’t giving up, no siree. He wheedled and argued and bargained and went around telling anyone we met how much trauma I was causing him, and I finally had to relent when he made this proposition. The deal was to have home-made breakfasts and lunches on workdays as often as was possible (he very gallantly offered to share the cooking responsibilities). A dollar value was assigned to each meal, and we would add that amount to the TV fund whenever we managed to carry our meals to work. When the fund had enough cash, Tanmoy would get his TV.

Then of course, the Thanksgiving sales happened, and the TV came home without the fund seeing 2 weeks of existence. The only good thing to come out of setting up the fund was that I hunted for (and found) recipes for breakfasts which I could make ahead in a large batch. I wanted to avoid having to cook everyday, because who are we kidding – we all know who was going to end up doing it despite all gallantly made promises. Today’s baked blueberry oatmeal is one such recipe. Its yummy warm from the oven and its yummy cold too.

Blueberries happen to be the most abundantly grown fruit in Canada. These little berries are bursting with antioxidants and other formidable nutrients, but more importantly each time you spoon this baked oatmeal into your mouth and happen to bite into a blueberry, there is a burst of flavour that transforms a dull weekday morning into something worth living. There is the added goodness of oats and the rich taste of bananas and the maple syrup gives it an even more Canadian twist. It also keeps you feeling full so you don’t have the urge to snack before lunch time.

If blueberries aren’t at hand, any other berries will work just as well. Only, you won’t be able to call it Baked Blueberry Oatmeal! And the maple syrup can be replaced by honey or any other sweetener of your choice.